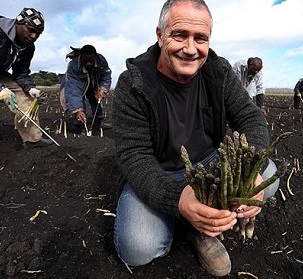 The Vizzarri family have lived in the Koo Wee Rup area since 1971, Parents Mario and Gina having previously been dairy farmers in South Gippsland.

The Vizzarris started packing locally grown broccoli in 1981 when dairying was phased out. Because of the uncertainty of supply of product the decision to go into asparagus growing was made in the late 1980s when the family began acquiring more farmland. Steady growth and expansion over the years has resulted in the Vizzarri operation becoming one of the most dynamic and professional farmers in the area.